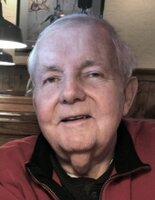 Michael Roland Germann, a devoted husband, father and grandfather and retired Seattle Police Captain passed away peacefully on November 6, 2021 at the age of 79. He was born in Seattle on June 25, 1942 to Florence Hazel Pittman and Roland Earnest Germann. He served from 1962-1966 in the United States Marine Corps in the Vietnam War. He was hired by the Seattle Police Department on June 20, 1967 where shortly after he was married on December 29, 1967. His one and only daughter was born in Aug of 1970. Learning and education were important to him and he completed his Master’s degree in Public Administration from University of Puget Sound in 1974 while working full time. He spent 25 years with the Seattle Police Department where his last SPD assignment was as Captain of the Metropolitan Section. When he retired from SPD, he was immediately appointed as the Executive Secretary to the Seattle Police Pension Office where he served the City of Seattle for 18 years and officially retired in 2010. His joys in retirement were to volunteer at Hopelink food bank every week. He always lived life with integrity and honor and his word was his bond. Always fighting for what is right and just and doing so with compassion and never wanting recognition. His greatest joy was his family and was so proven by his unconditional love and actions. Michael is survived by his wife, Mary Ann of 53 years and his daughter Julie Fitzsimmons. He was blessed with 2 granddaughters, Maddison Anne, and Cassidy Anne and his grandson and namesake Michael Roland Germann. He is survived by his sisters, Minnie, Michelle and Molly. We would like to acknowledge the loving care he received from Rosewood Courte in Edmonds in his final year of life. In lieu of flowers, donations can be made to the Ronald McDonald House at 5130 - 40th Ave NE, Seattle, WA 98105.