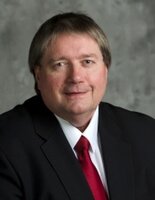 David Arnesen, beloved husband, father, uncle, professor, colleague, and friend, passed away at age 67. He is survived by his wife Shari, daughter Emily, and son David. David was the son of William and Ruby Arnesen and was born in Seattle. He grew up on Vashon Island and attended Vashon High School. He completed his BA in Economics from the University of Washington in 1975, and his Juris Doctorate in 1977 from the University of Puget Sound School of Law (now Seattle University School of Law). When David was 19, he lost his father to a heart attack. It was very sudden, and had a lasting impression on him. As an only child, he knew that it was up to him to take care of his mom, who was retired. It was at this point that he got serious about his education and studies, and proceeded to graduate from law school at the age of 23. David started his career at KIRO Television, where he worked as the editorial director. He later worked for King County in the Real Property Division, and as the manager of the King County Cable Television Office, which regulated cable companies. On the side, David hosted “Sunday Night Talk with David Arnesen” on KING radio. Here he interviewed everyone from the governor, the mayor, and even a local psychic. David could talk to anyone. David went on to become a Professor in the Albers School of Business and Economics at Seattle University, where he worked for over 35 years. He received numerous awards for teaching excellence. Notable awards included the MBA Professor of the Year, Undergraduate Business Professor of the Year, ASBE Award for Teaching Excellence, and the University Distinguished Teaching Award from the Seattle University Alumni Association. He was known for his humor, relevant stories and real-life examples. He was an enthusiastic Professor who made the material easy to understand and remember. David was selected as a Fulbright Specialist, and taught internationally in the areas of negotiations and business ethics. This work included teaching at other universities as a visiting professor, and leading groups of Seattle University students on study tours. He taught classes around the world, including in France, Italy, Poland, Abu Dhabi, and China. He met the love of his life, Shari, and married in 1994 where they have been sharing their delight of raising their family, participating in community, traveling, and hosting family gatherings. Family to David was everything. As his mom got older, he was always there for her. David and Shari built a house on Vashon Island in order to be closer to her, and help take care of her as she got older. David’s greatest joy in life and his proudest accomplishment was seeing his kids grow and start their journey to adulthood. Boating was a favored hobby as illustrated by the numerous boats collected and the family vacations. He loved to drive. For hours. And it didn’t matter whether it was the family car, an old truck or his cherished backhoe. Friends and family describe David as the life of the party. His booming voice and robust debate style were always entertaining. He had a quick wit and every bone in his body was funny. While not being shy to state his opinion, he was keenly interested in the opinions and thoughts of others. David’s character was larger than life and he was truly a remarkable man. Those wishing to remember David are asked to make a donation to their local food bank. David was a big believer that no one should go hungry, and food banks were a favorite charity of his.