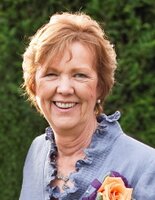 Our beloved mother, grandmother and wife, Verla Ann Engel, passed away on December 23, 2021 following a brief stay at Swedish Edmonds Hospital in Edmonds, Washington. She was 80 years old and just days short of reaching 81. Verla was born January 4, 1941 in Port Gamble, Washington as the youngest child of Claude and Delphia “Blanche” Johnson. Verla grew up in Seattle’s Central District neighborhood and attended Franklin High School, graduating in 1959. After high school, Verla worked at Boeing as an executive assistant. In the 1980s she worked as an office manager for a group of children’s speech pathologists and child psychiatrists at University Village. She was an insurance administrator at AON in the 1990s. She ended her career working as a real estate agent at Windermere Shoreline in the 2000s. She met many dear friends over the course of her career and was in touch with some until she passed. With her tenacious work ethic, remarkable interpersonal skills and scrupulous attention to detail, Verla worked successfully in many different roles to help provide for her family. Her family was lucky enough to hear many stories of her childhood: some hilarious, some tragic. She was raised by a loving, determined and strong single mother “Blanche” – of solid midwestern farming family stock. Verla learned about hard work and difficult choices early. She often spent school weeks with close family friends while Blanche worked as a metal manufacturer and welder in order to earn a “man’s wages.” Her early childhood experiences made her a very resilient, protective and determined mother who sought to provide everything she was not able to have. When Verla was in fourth grade, her teachers noticed that she had “excellent musical abilities.” The primary school recommended that she be given the opportunity to play an instrument. Verla had wanted to play the piano, but with limited resources, her mother went with the more affordable accordion. Her mother also researched and found an instructor to give her private lessons, on the single day of the week that her mother had off. One day in September, Verla thought that going to the Puyallup Fair would be much more fun than an accordion lesson. She convinced her mother to spend the day at the Fair, and also persuaded her mother to tell the instructor that Verla “was ill.” Her mom agreed, and they stopped off at the instructor’s enroute to the Fair. Her mom told Verla to wait at the corner until she picked her up. Waiting was hard. After what seemed like an eternity, Verla ran past the window to see if she could see her mother. As she zoomed by the window, a door opened and her teacher and mother both caught her in full sprint. It was a somber ride to the fair. But her mom forgave her, and they managed to enjoy the rides and many sweet treats that Verla treasured. As an adult, Verla loved the Christmas season most of all. She went all out with decorating and made a wide assortment of beautiful cross-stitched stockings and ornaments. An excellent baker, a labor of love was producing an extraordinary amount of cookies: spritz, baklava and fudge were some of her favorites. She gave incredibly thoughtful gifts, each hand wrapped and donned with a homemade bow. Her giving and generous spirit especially shone when she was hosting family gatherings and holidays. Verla was an avid reader and loved learning about different cultures. She had a deep and private faith in God that everyone could see in her actions. She managed to make everything around her beautiful even in the midst of challenging times. Her ability to see the positive in situations and people was a gift to those around her. She was a passionate supporter of American Heart Association and she did frequent fundraising in support of that cause. She married Lawrence Engel in December of 1969 and they were married for 52 years. They enjoyed traveling to Europe twice, as well as exploring the Pacific Northwest and Canada. She was a devoted and loving wife and mother to two daughters and a stepdaughter. Verla’s family was the absolute center of her life and she loved them deeply. Verla will be remembered as a person of enormous integrity and incredible compassion. She loved with all her heart. She made all those around her feel special and cared for – none more than her family. Her incredible patience and capacity to listen, empathize, offer quick wit and dole out practical advice will be missed. The endless memories she created as a mother, grandmother, wife, colleague and friend will be with us for the rest of our lives. Verla fought and persevered through a lung cancer diagnosis in 2014. At the time, she was given just a 6% chance to live 5 years. Verla was preceded in death by her parents, Claude and Delphia Blanche Johnson and her brother Eldon Johnson. She is survived by her husband, Lawrence; her daughters and son-in-law, Renee Zehr and Elizabeth Rodriguez (John); her stepdaughter and son-in-law, Lisa Engel Brown (Nate); and one granddaughter, three grandsons, and numerous nieces and nephews. In lieu of flowers, donations can be made in her honor to Fred Hutchison Cancer Research Center or American Heart Association.