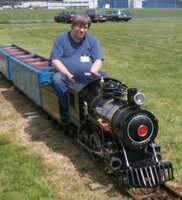 Joel K. Neubauer, 71, passed away in his home of medical related natural causes and was found dead by Bothell Police on June 1, 2022, performing a welfare check. He was a 23-year resident of Bothell. After retiring early from a long career as a Facilities Engineer for Boeing, Joel spent many hours volunteering and supporting the Georgetown Power Plant, following his interest in and passion for steam power. He is predeceased by his parents, Harold and Arlene Neubauer and his two brothers, Michael and David Neubauer and survived by his nephew, Matthew Neubauer. He loved anything mechanical or electrical, cats and unusual or biographical books. Anyone who knew him saw his good heart and he will be missed.