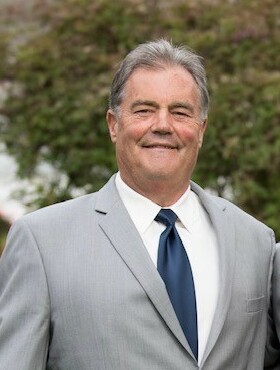 Born on May 2, 1947, Merritt Marshall Maurer passed away on September 30, 2022 while surrounded by his loving family.

The oldest son of Merritt “Bud” Maurer and Thelma Maurer of Magnolia in Seattle, he attended Queen Anne High School (class of 1965) and then the University of Washington where he obtained a degree in Business Administration.  He took over his family’s business, Maurer Supply, and grew the company with tremendous success for over forty years.  After raising his children in Mukilteo, Merritt moved back to Magnolia where he remained until his final days.

An avid Seattle sports fan, he enjoyed attending Husky football games, Mariner games, and Seahawk games where he was a season ticket holder since their inception in 1976.  Merritt also had a passion for cooking, boating, and traveling, but his favorite vacation spot was his family’s beach home in Whidbey Island where many happy memories were made.  He was a man of loyalty and integrity who loved his family fiercely and will be missed greatly.

He is survived in life by his children, Michelle Hill of Mukilteo and Michael Maurer (Molly) of Edmonds; his younger brothers Allen and Bob Maurer (Jeane) of Seattle; his numerous nephews and nieces; and his 3 grandchildren:  Nicholas Hill, Maren Maurer, and Maclin Maurer.

A small, intimate celebration of life will be held in Whidbey Island at a later time.