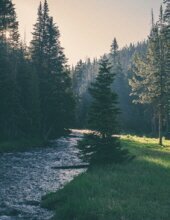 Frank passed away April 25, 2022 in Marysville, WA at the age of 79 after spending years battling diabetes and psoriasis.

Frank is the son of Vernon and Dorothy Fadden, born in Seattle, WA on January 19, 1943.  He attended the Univ. of Washington after graduating from Ballard High School.  He worked with his father in construction before starting his career at Clark Office Products.  Frank met his wife Fay in 1953 while attending Junior High School.  They became good friends before falling in love. They were helped along the way by a large group of other friends and were involved in lots of fun activities together.  Frank and Fay married in 1960 spending 68 years together as friends and lovers.  They raised 3 children, Mark, Trent, Kim and helped with their grandson Craig.

Frank began work at Clark Office Products in 1964.  He was a natural salesman and learned the office supply and printing business in no time.  Eventually Frank became the owner of the business, which he successfully ran until he passed away.  He enjoyed the service side of working with his customers or as he felt, his friends.  Due to his dedication, his customers respected his honor and loyalty so they called on him for many things outside of just the business, making friendships that lasted years.  If there was anything you wanted to know about printing or Lake City, Frank was the man to see.  He would be the first to tell you he was a real "know it all."

Frank loved to travel, whether it was by car, boat, RV or "Frankly" anything that moved.  Some of those cars, trucks, and boats were in his collection.  He traveled all over North America and only missed a handful of states and providences. He loved telling the stories of driving in Mexico, especially the one about driving and then parking on the flatbed of a train.  It was very scary, but it didn't faze Frank in the least.  His real passion was driving.

Franks pride and devotion to his family was always predominant.  When the kids were little he was always there for them.  He participated in PTA, cub scouts, boy scouts, baseball, ice skating, and so many more activities.  Whenever the kids needed him, they could always count on their Dad.  Frank loved nothing better than taking his family camping to meet up with other family and friends.  The rain never stopped him.  What fun we all had.

Frank is proceeded in death by his father and mother, sister Sylvia, brother Walter and grandson Craig.  He is survived by his wife Fay, of 62 years, sons Mark (Brenda) and Trent and daughter Kim (Paul) grandchildren, the real joy of his life, Cody, Matthew, Danielle, Paige, Trevis, and Katie, great grandchildren Stella and Brynn, brother Richard (Jane) and sister Helen (John), plus the many nieces and nephews and extended family.

Frank's entire life was filled with the love he gave to everyone of us.  He will be remembered as a kind, generous, and giving person who was always smiling or laughing and willing to do most anything or go anywhere for a good time.  We will miss Frank every day, but know we will see him again in Heaven.  I am sure he is now visiting the family and friends that went on before him.

I WILL MISS YOU WITH EVERY BEAT OF MY HEART

Share Your Memory of
W.
Upload Your Memory View All Memories
Be the first to upload a memory!
Share A Memory