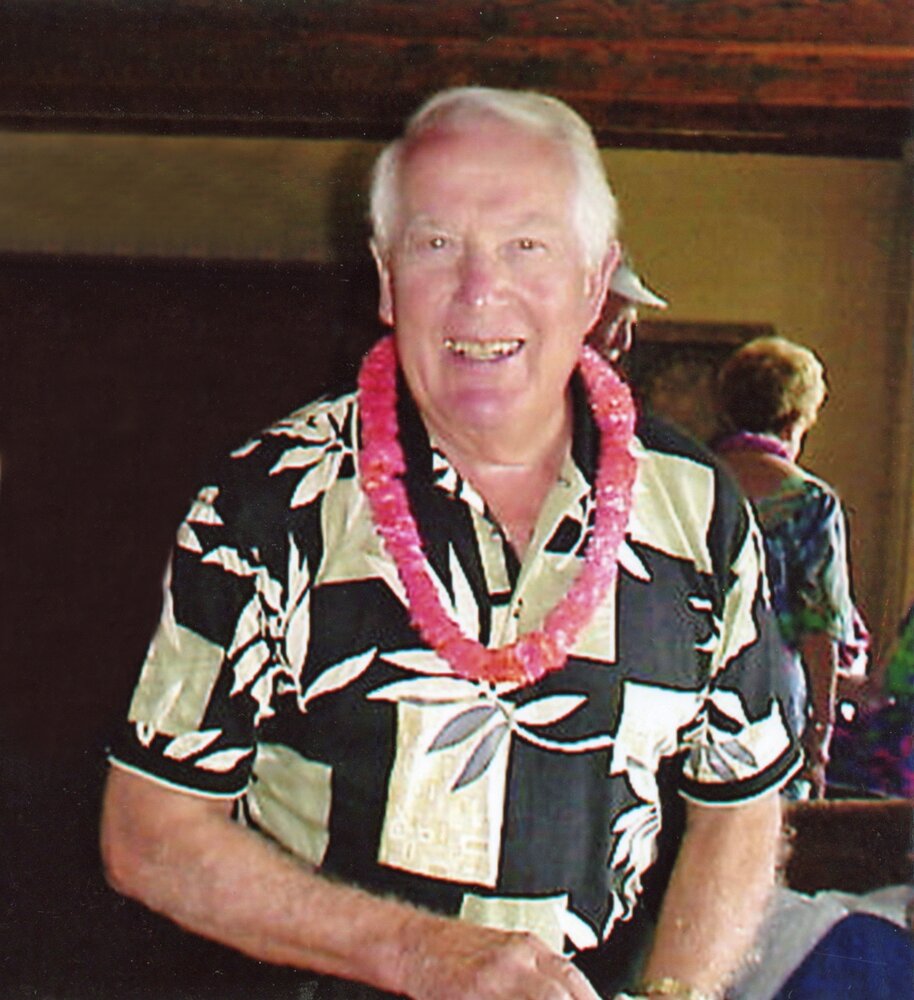 A wonderful example of one of the best of the world’s “Greatest Generation”, a husband, father, grand and great grandfather and friend in service to so many, James William Roumonada, passed away quietly Tuesday, June 21, 2022 in his residence at Sunrise of Edmonds, an assisted living facility in which both he and his wife, Bobbie, spent their last days.

Jim was born in a small hospital in Syracuse, New York on October 15, 1925 and spent most of his youth through high school in a small, upstate New York town known as Tupper Lake.  An only child, his parents were Elizabeth (Stickney) Roumonada and William Roumonada.  After graduating from Tupper Lake High School in June 1943, Jim enlisted in the U.S. Navy.  The Navy found Jim’s math and mechanical skills could be put to good use and his training led him to serving aboard the quickly repaired U.S.S. Bunker Hill beginning in August 1945.  The Bunker Hill was assigned to what was known as the “Magic Carpet” fleet of ships utilized at the end of WWII to return to the west coast many service members who spent time in the Pacific theatre.

After returning home and spending time studying to become an Aeronautical Engineer at Aeronautical University in Chicago, he eventually married his first wife Joyce in 1949 and began a family that was soon interrupted by the Korean conflict.  This brought Jim back into service in 1951, assigned to an Essex-class aircraft carrier U.S.S. Antietam as a Chief Petty Officer, first class, in charge of a team of servicemen who maintained the safe, operational health of their aircraft.

Briefly after completing his commitment with the Navy, Jim and family moved to Seattle in December 1952 and began what would amount to a very active and successful 38-year career with the Boeing Company.  He was first involved with the B-52 program.  As the “Jet Age” developed, his interest moved to Boeing’s development of commercial aircraft, beginning with the Boeing 707.  Although Jim was a very humble guy when complementary things about him came up, he disclosed being part of a very small team of engineers who were instrumental in re-designing what was initially troubling turbulence experienced by pilots flying the original “Dash-80” aircraft, the developmental predecessor to the initial fleet of 707’s.  Jim initially served as a design engineer that transitioned to a quality control engineer supervising and managing teams involved with the 727, 737, 747 jetliners and, finally, the 767 jetliner, dealing with American, Canadian and Japanese subcontractors responsible for building, to tight Boeing specifications, several key structural elements of each aircraft.

As is common, life’s changes and challenges found Jim being separated from his first wife. However, through good friends in Spokane, Jim was ultimately introduced to Bobbie Butler, a widow and mother of 8 children, whose husband Frank passed away suddenly in 1971.  After spending some good times together, Jim and Bobbie married in September 1976.  Their marriage was one of personal and spiritual completion for both of them as it began a continued life involving an expanded family.  This soon involved them moving to Edmonds, Washington after all the kids had graduated from high school that also initiated a new set of expanded activities and adventures.  This did involve significant trailer and 5th-wheel travel after Jim retired from Boeing in 1989, with both Jim and Bobbie becoming “road warriors”, visiting lifelong friends and family all over America.  More importantly, this included Jim and Bobbie sharing much of their time in service to their church community in very life-giving and loving ways appreciated by many as engaged through their Roman Catholic faith at Holy Rosary Catholic Church.

But, as is common to many as we age, Jim eventually experienced some tough health challenges and other issues also impacted Bobbie. Ultimately, Jim lost Bobbie in April 2022 and, thankfully, her suffering was brief.  Ultimately, after nearly 46 years of marriage to Bobbie, issues with his health and simply being without his beloved wife, Bobbie, took its toll.

Jim will be missed by all of us and we are all very thankful that his nearly 97 years of life touched so many in so many life-giving and teaching ways. He was a guy who always strove to “do the right thing” and made sure it worked for the benefit of all involved.

God Bless you, Jim, and rest in peace as you await opportunities to glorify God in Heaven.

A Viewing and Rosary service will be held at Beck’s Funeral Home in Edmonds, Washington on Wednesday June 29, 5-7PM; with a Funeral Mass to be held Thursday, June 30, 10AM at Holy Rosary Catholic Church, 630 7th Avenue North, Edmonds, WA. Please leave memories at www.beckstributecenter.com.  At Jim’s request, please leave any financial tributes to St. Vincent De Paul or any other charity of your choice.

Share Your Memory of
James
Upload Your Memory View All Memories
Be the first to upload a memory!
Share A Memory