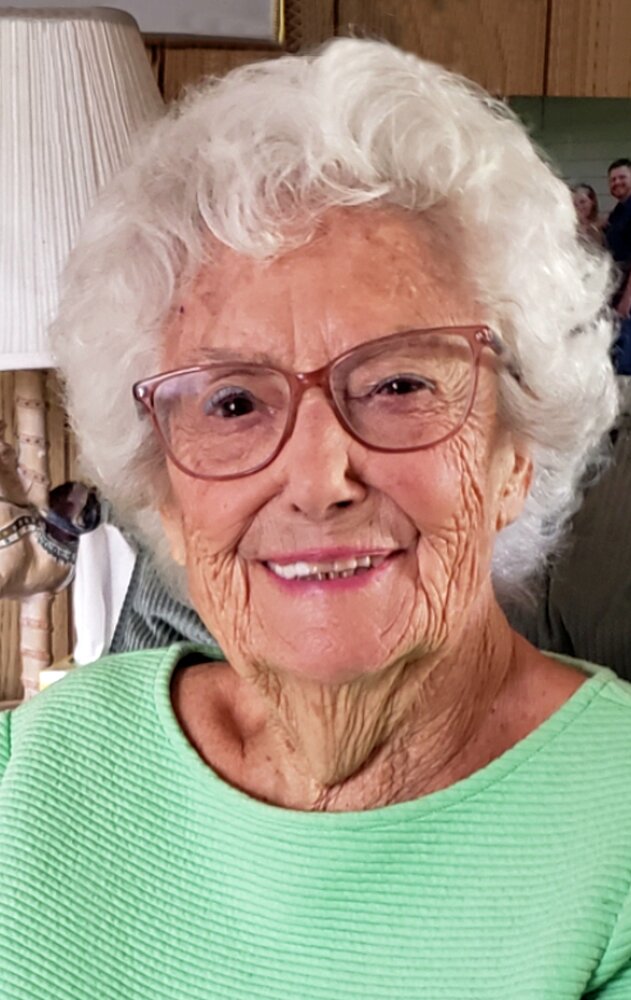 Patricia L. Schaefer (Cooke) beloved mother, grandmother, great-grandmother, aunt and friend to so many passed away on June 26, 2022 at the age of 93.

Patricia (Pat) was born in Wenatchee, WA on June 21, 1929 to parents Ed and Doris Cooke. She was preceded in death by her husband Jack in 1981, brother Jonathan Cooke and sister Sara Jones.

Pat grew up in eastern Washington. First in Okanogan and then Ritzville, where she graduated from Ritzville High School in 1947.

She married Jack in 1950. Jack’s service in the Air Force took them to many new places to live: San Antonio. TX, Washington, DC and Anchorage, AK. Everywhere they moved she quickly made a comfortable home where friends always gathered.

Pat worked as a receptionist for several local dentists over the years. She made countless friends of co-workers and the community. Everywhere she went she would run into someone she knew.

Her favorite roles were those of mother, grandmother (gma), and great grandmother. And also as an aunt and great aunt. She had amazing relationships with all her loved ones and spoke to most of them daily.

Pat did a lot of traveling and loved meeting people everywhere. She enjoyed trips to Paris, Greece, Ireland, Germany, Puerto Rico, Jamaica, Canada, Hawaii and many other US states. One of her favorite places in the world was Lake Chelan.

Everyone called her Gma or Gramma or Pattibabes. She loved to text and go on facebook to stay connected to friends. She would text many of us a joke every day and an “I love you” before bed every night.

She was active in Eastern Star, Sigma Beta Phi Sorority, and Rainbow Girls.

She was very independent and wanted more than anything to remain in her own home, which she got to do. Her front deck was known as the place she loved to sit and admire her flowers, birds and fairy garden while visiting with friends, family, and neighbors.

She will be loved forever and missed by many.

A celebration of her life for family and friends will be held at 11:00am on Saturday, August 6, 2022 at Beck’s Funeral Home in Edmonds.  Feel free to join the family in wearing something pink, Pat’s favorite color.

Share Your Memory of
Patricia
Upload Your Memory View All Memories
Be the first to upload a memory!
Share A Memory