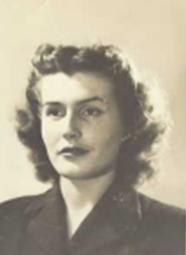 Marge was born in Bellingham, WA, on August 22, 1924, to Aaron and Mildred Sunel. She graduated from Bellingham High School in 1942 and from the University of Washington (UW) in 1946 with a degree in Home Economics. It was at the UW that she met and married John “Jack” W. Stearns, Jr. of Seattle, WA. After marrying in 1946, they moved to San Diego, CA, while Jack served in U.S. Navy. Following his service, they moved to Boston, MA, while he attended the Massachusetts Institute of Technology, and then Arcadia, CA, Washington, D.C., and La Crescenta, CA, during his career with Jet Propulsion Laboratories. In 2002, they moved back to their home state of Washington, to Cristwood Park in Shoreline, WA. They were married 60 years until Jack’s death in 2006. During her lifetime, Marge was actively involved in her church, Bible Study Fellowship, Meals-On-Wheels, the Food Bank in Edmonds, WA, and Crista Ministries.

Marge was preceded in death by her son, Richard. She is survived by four children, Barbara, Gregory, Roger, and Robin; eight grandchildren; 20 great-grandchildren; and one great-great grandson.

There will be a closed family gathering in her honor in July.

To send flowers to the family or plant a tree in memory of Marjorie Stearns, please visit Tribute Store

Share Your Memory of
Marjorie
Upload Your Memory View All Memories
Be the first to upload a memory!
Share A Memory
Send Flowers