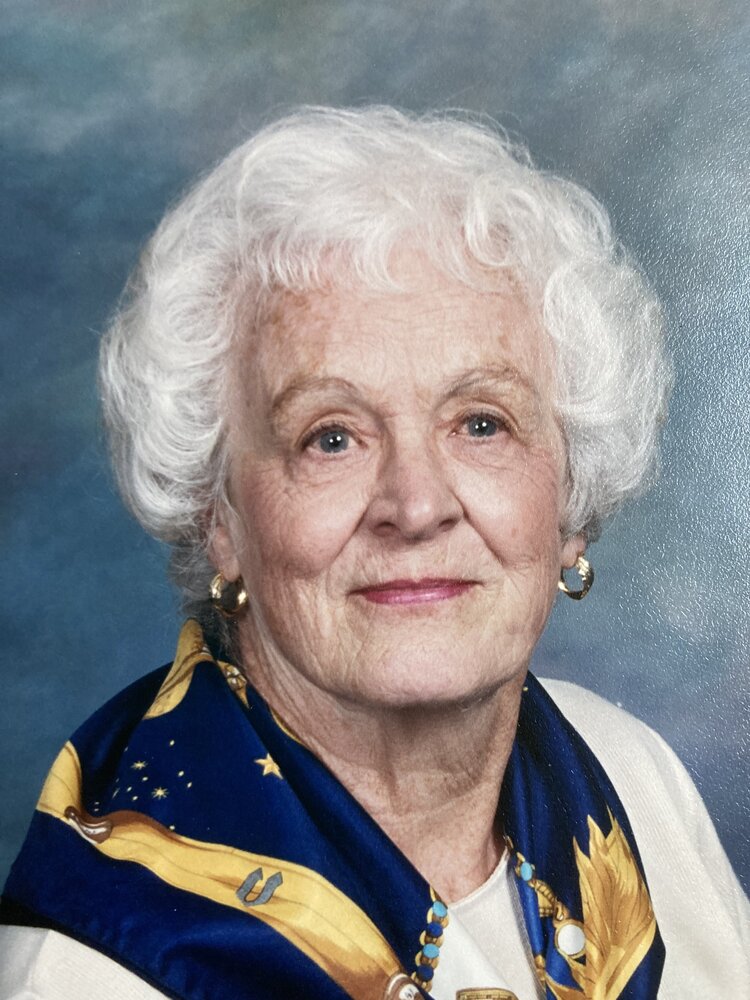 She was a beautiful, kind and gracious lady. She was born in Edmonton, Alberta, Canada, coming to Seattle as an infant. She went to Queen Anne High School and later Franklin High School, where she graduated.

In 1947 she married George Nickell and they had two children, Christina and Robert. The family moved to Edmonds where she lived the rest of her life. In 1973, George and June bought the Aurora-Edmonds Nursing Home and June went back to school, earning her LPN license. They operated the nursing home for 15 years.

After retiring, they went on an extended RV adventure, visiting all the states in the continental US. June had a lively intellect and was interested in many things. She especially liked studying history, taking classes through the Edmonds Senior Center. She did extensive
genealogy research, filling many notebooks with priceless information. She was also an accomplished artist, specializing in watercolors. She loved to travel and took many trips and cruises.

She will be missed terribly by her surviving family, daughter Christina (Gordon) Collins, granddaughter Karina Collins (Mark Baker),  grandson Nick Collins (Roya), and great-grandaughters Josephine Collins and Grace Collins, also sister Johan Akers and many nieces and nephews. She was preceded in death by her husband George and son Robert.

To send flowers to the family or plant a tree in memory of June Nickell, please visit Tribute Store
Thursday
14
July

Share Your Memory of
June
Upload Your Memory View All Memories
Be the first to upload a memory!
Share A Memory
Send Flowers