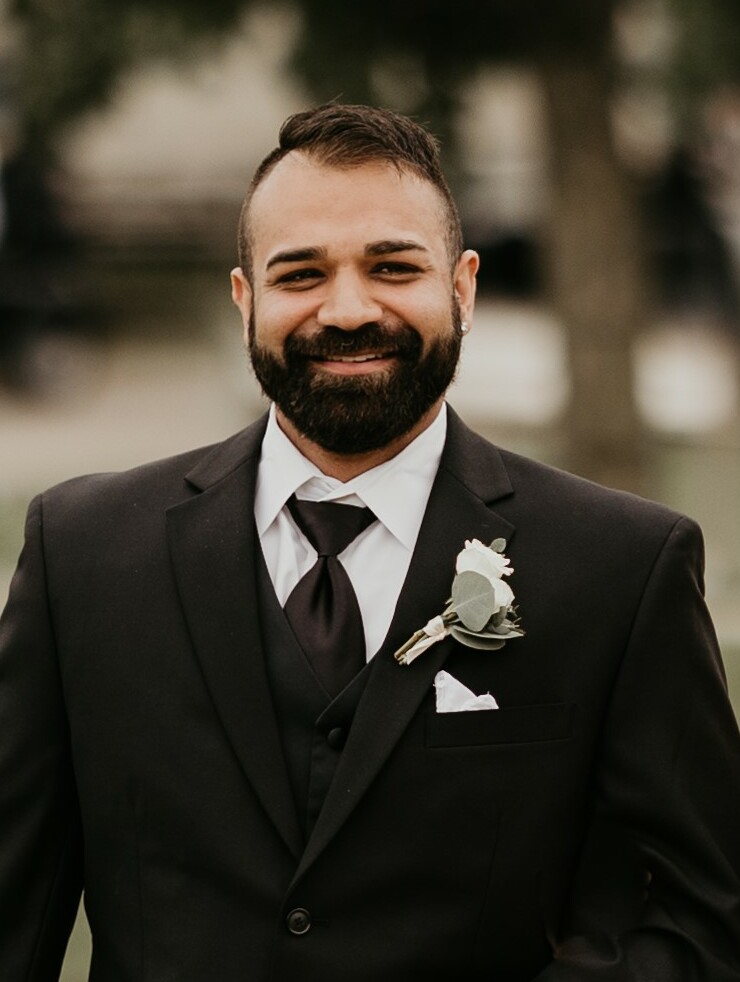 Björn Alexander Wanchoo passed away unexpectedly on July 21, 2022, at the age of 33 in Seattle, Washington.  He was the adoring father of Nico, loving son of Vishal and Kadi, and supportive brother of Alina.

Björn was born 3 weeks early in Mt. Kisco NY.  From having been a colicky baby, he soon grew into a sunny toddler of great disposition, whom the other children in day-care were excited to see when he arrived.  His day-care teachers at a parent-teacher conference told his mother that he was the only child of that age that displayed a sense of humor.

Björn had a beautiful singing voice with exceptionally keen pitch, and as a child he sang solos at church and at events at home.  He played the recorder from an early age and picked out tunes from classical CDs he listened to, astonishing anyone who listened.  He played piano, alto saxophone and guitar, and he composed his own music when he became a teenager.

He was a competitive gymnast up until 6th grade, he rollerbladed, and he excelled at snowboarding.

Björn demonstrated kindness and a strong desire to help others at an early age.  He travelled to India a couple of times to volunteer his time at an orphanage in India and made strong connections while he was there.

Björn moved from the Chicago area to Vermont in 2004.  While Björn lived in Vermont, he loved to hike with his beautiful dog Remy.  Sometimes these were father-son hikes, and sometimes they were family hikes with Vishal, Kadi and Alina.

His first job was at Burke Mountain near St. Johnsbury in VT, where he worked as a PSIA certified snowboard instructor.

In 2015, he became a father to Nicolai Wanchoo. His love for his son Nico had no bounds.  He loved doing anything and everything with Nico.

Björn moved to WA in 2016 where he worked as a Senior Sales Consultant selling digital sales solutions.  He found his job interesting as the customers came from all over the world, and he enjoyed connecting with them.

Björn will be remembered for all the people he touched, his gentle soul, and his playful spirit.

To honor Björn’s memory, we are holding a celebration of life on Tuesday, August 2, 2022, at Beck’s Tribute Center, Edmonds, WA, from 3pm until 5pm.  We ask attendees to dress to celebrate his beautiful life.

Share Your Memory of
Bjorn
Upload Your Memory View All Memories
Be the first to upload a memory!
Share A Memory