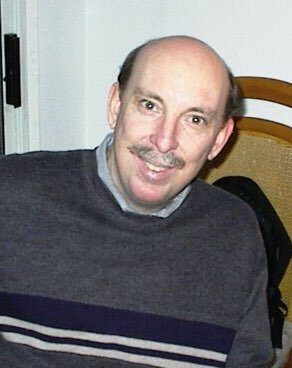 Walt, loving father of two sons and devoted husband to the late Stacie Ann Donohue-Kalb, has passed away after a lifetime of coping with Crohn’s Disease. Walt, who died in an Everett hospital on July 26, 2022, joins deeply loved Stacie; the two were married in 1987.

Walt was born in Inglewood, CA, in 1960, to Walter Richard Kalb Sr. and Lorraine Cathlyn Rucker-Kalb. As an 8-year-old, he deeply grieved for the loss of his older brother, Michael Dale Kalb, in 1968 during the height of the Vietnam War.

He attended California schools in Campbell, Donner Lake and Chico, and moved his family to Washington State in 2007. Stacie passed away in October 2015.  Walt became a devoted caregiver throughout her years of failing health. He treasured their sons, Kyle Kalb, 28, and Brian Kalb, 27, of Mountlake Terrace, WA, and remained close to each throughout his life.

Family and friends delighted in Walt’s sharp wit and his penchant for humor at most unexpected moments. In one memorable episode, he recorded a televised broadcast showing the winning California Lotto numbers. Then he purchased a ticket with those numbers and gave it to a family member. A week later, he played the week-old recording, bamboozling the family member into thinking he had won the Lotto. In his younger years, Walt enjoyed entering contests and playing in poker tournaments.

Walt was close to his sister, Loretta Jean Kalb, and to his extended family of in-laws, including Kathy and Terry Barber of Carlsbad, CA, Tim and Dorothy Donohue of Chico, CA, and his nieces Brandy Barber and Lacey Donohue and nephews Mark Donohue and Steven Barber. He retired this year from Amtrak after 13 years due to declining health. He always encouraged his family to live their lives doing what they most love. The family requests any remembrances be donated to the Crohn’s & Colitis Foundation.

Share Your Memory of
Walter
Upload Your Memory View All Memories
Be the first to upload a memory!
Share A Memory