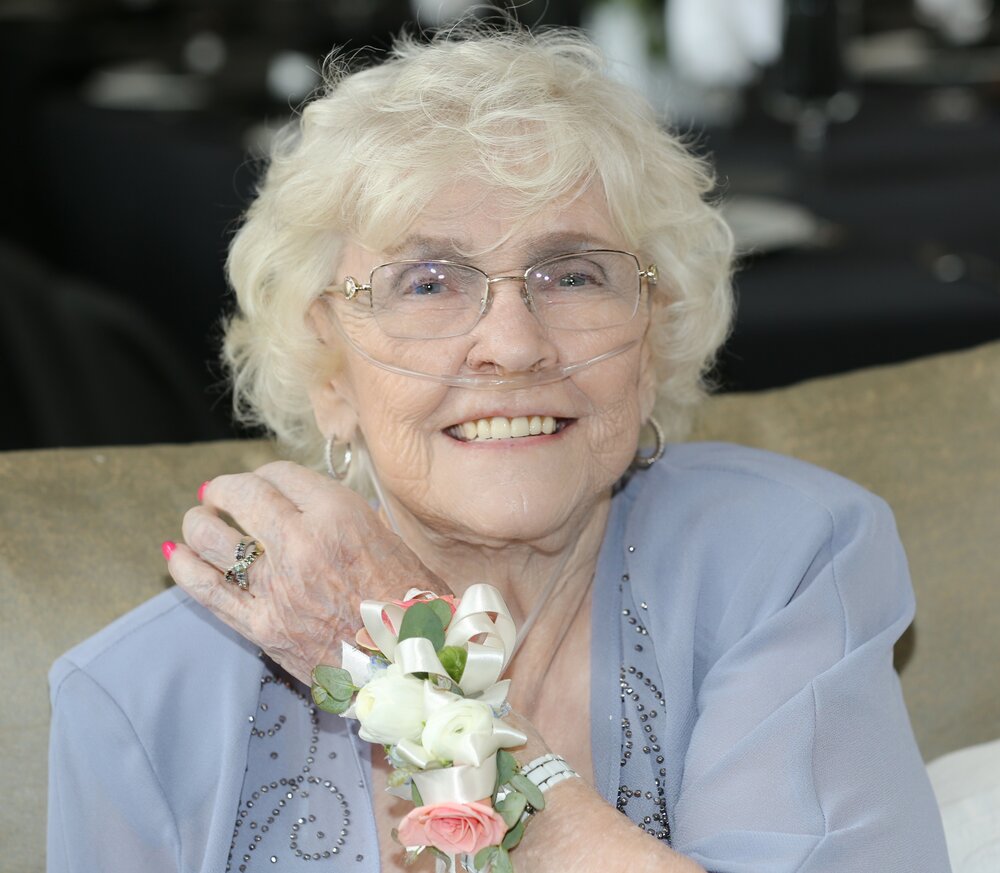 Shirley, 91, died peacefully on November 1, 2022, with her daughter Linda by her side.  She was born on February 10, 1931, in Seattle, to Orville and Edith Shea and was the younger sister to Marilyn Shea.

Shirley graduated from Ballard High School in 1948 and married the love of her life, Jack North, a few years later on June 5, 1951.  They were blessed with three children: Linda, James and Nancy.  They took pride in owning and operating the Edmonds Garden Center for 22 years.  They were well known for having the best Christmas trees in the area and many families had the tradition of buying Christmas trees at the Garden Center year after year.

To know Shirley is to love her.  She had a vivacious spirit that brought joy to her family, friends, neighbors, coworkers and all who had the pleasure of meeting her.  She always put her family first and enjoyed having the family gatherings at their home for every holiday.  She was able to host large family gatherings with ease and never seemed to be frazzled.  The grandkids loved to go to their home as it was always a fun time.

Shirley was passionate about boating and fishing, spending a month in Rivers Inlet, BC every year on the Sue Ann.  She also loved gar­den­ing, bowling, and visiting with friends and family.  Shirley and Jack were also obsessed with their beloved dogs and cat Boots.  They took their dog everywhere they went including fishing and boating.

After Jack passed, Shirley enjoyed traveling and enjoyed going on cruises with family and her girlfriends.  She was always planning her next cruise or adventure.  Vegas and Cannon beach were also a special place she enjoyed going to every year with her girlfriends or family.  In her later years, she became an avid BINGO player and never wanted to miss an opportunity to play.

Shirley will be laid to rest next to her beloved son, James North, who passed in 1992; and Jack, her husband of 54 years, who passed in 2005 after a long battle with Alzheimer's Disease.

Share Your Memory of
Shirley
Upload Your Memory View All Memories
Be the first to upload a memory!
Share A Memory