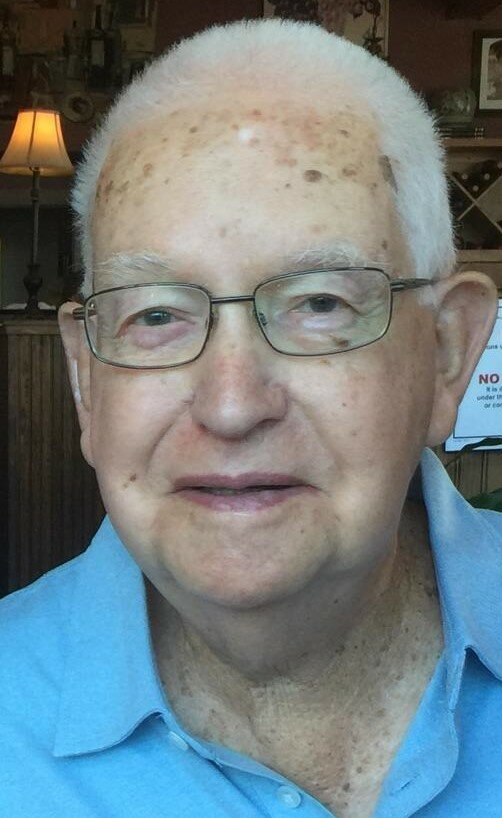 Raymond passed away peacefully after enduring a short illness on November 2, 2022. He is survived by his wife Margret Violetta and his two daughters Mercedes Katja Hepp (Markus) of Switzerland and Michelle Dotsch (Jay Hoag) of Edmonds, numerous nieces and nephews in the US and Germany, and the youngest member of his immediate family, his beloved grandson Julius Hepp (18).

Ray was born to Raymond Frederick Dotsch and Blanche Abercrombie in Tacoma, WA on July 24, 1932. He had an older sister Maureen who predeceased him in 2020. They grew up in Olympia, WA not far from the State Capital. As a young boy, he delivered newspapers to the legislators. He attended St. Michael’s in Olympia and St. Martin’s College in Lacey. Ray went on to earn his Doctor of Dental Surgery degree in 1957 at Creighton University in Omaha, Nebraska.

Ray met his future wife during his military service as Captain in the dental corps for the 3rd Armor Division in Frankfurt, Germany. Margret Violetta was a German citizen working on his base as both a translator and as an administrator in the bachelor billing department. It was during Ray’s first day of meeting her that he fell in love, and they were engaged just six months later. Dad adored mom every day of his life and they were married almost 60 years.

After their first child Mercedes was born in Germany, the family moved back to Ray’s home town to be near his ailing mother. Three years later they welcomed their second child Michelle and settled into their new house that remained the family’s home for more than 50 years in the Maplewood neighborhood in Edmonds.

Ray built his own family dental practice in North Seattle in 1974. Michelle followed his footsteps into dentistry and they practiced together for 5 years until his retirement in 1999.

If there would be three things that would describe Ray’s loves aptly, then they would be these and in this order: his faith, his family and his love of reading, especially history books. Those who were lucky to have known Ray, would remember his ability to tell stories well by melding his memory of an elephant with a punch line delivered with the right dose of dry humor. One of Ray’s greatest gifts was being an excellent listener and genuinely curious about each person he met.

His funeral Mass will be held at Holy Rosary Catholic Church in Edmonds on November 17th at 10:30 am preceded by a Rosary at 10 am.

Share Your Memory of
Raymond
Upload Your Memory View All Memories
Be the first to upload a memory!
Share A Memory