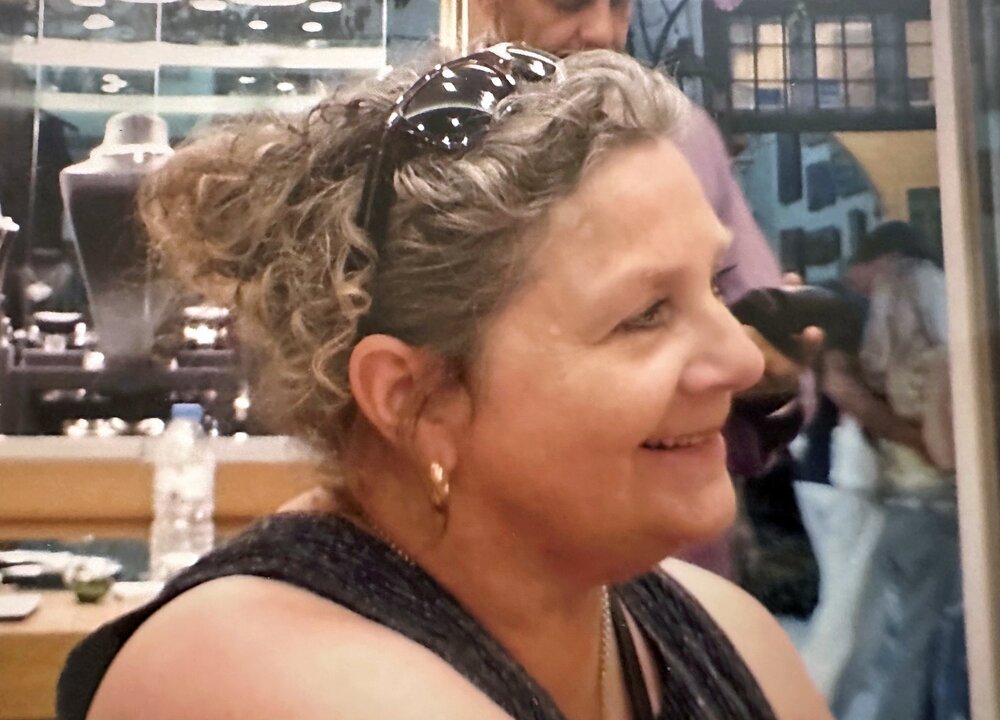 Pamela Mary Phillips of Edmonds passed away December 31, 2022 at the age of 68, after a long illness.

She was born April 1, 1954, and that was appropriate because although she was never foolish, she was fun and sharp and witty. She was born in Renton, WA in a hospital that she often claimed had become a Kmart parking lot. Growing up with her three “Ps in a pod” siblings on Mercer Island, in Lake Oswego and on Bainbridge Island, Pam was a legend in her own mind and in the hearts of the theater, skiing, and musical crowds at Bainbridge High School. Graduating from BHS, Pam focused her first years at the University of Washington on Pre-med studies, but after one particularly grueling class in Organic Chemistry, bowed to the pull of kids and music, and obtained her degree in Early Childhood Education.

In 1973, at Camp Sealth on Vashon Island, she met a whole new crowd of kids and counselors who appreciated her love of the outdoors, leadership, and music; the first of several wonderful summers at Sealth.  In 1974 at Sealth, on the Trail of Happy Feet, she met her lifelong friend Cindi Call. They shared a love of music and laughing, and an urge to travel that took them around the western US, and all over the world together.

She was employed in a range of roles in IT production: at the City of Seattle, at GTE, where she met dear friends Lesley, CJ, and Judy; and she retired from AT&T.

Pam loved to laugh with friends and was quick-witted and hilarious with a whole inherited crowd of yahoos like Charlie, from Mount Vernon. Always interested in someone’s “story”, she met few people that she couldn’t charm, be they check-out clerk, doctor, waitstaff or princess. Often it was simply by her interest in them that endeared people to her.

In her later years, as her life became more circumscribed by complications from diabetes, she enjoyed a less active role in the lives of friends, but welcomed her nephew Jack, and was able to visit him several times in the UK where he was growing up, amongst trips to beloved Italy, St. Petersburg, Morocco, and the Czech Republic. She maintained a strong sense of justice, and followed politics closely, especially celebrating the election of Barack Obama, among others.

She was preceded in death by her mother Donna, and by her beloved brother Pete and brother-in-law Dwight. Also, by Angela Lansbury. In addition to Cindi and another close friend, Shobana Nuland, she is remembered well and fondly by her sisters Paula and Pricilla, and nephew Jack.

Since there will be no services, an informal gathering in her memory is possible sometime in the summer.

The family wants to express their warm gratitude to the caregivers and staff of Rosewood Courte, especially to Azieb, the Pam Whisperer, for their excellent and patient care of Pam in the past two years.

In lieu of flowers, remembrances are suggested to:

Arrangements were under the care of Becks Funeral Home.

Share Your Memory of
Pamela
Upload Your Memory View All Memories
Be the first to upload a memory!
Share A Memory