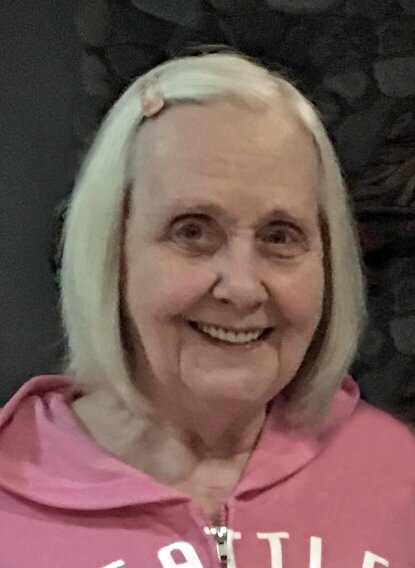 Euna M. “Randy” Straub passed peacefully away on January 2, 2023.  She was 90 years old.  She was born on March 17, 1932 in Bismark, North Dakota.  Randy was the 4th of 13 children born to Allan Arvit Randa and Margaret Mehr Randa.  Randy married Leonard Straub on August 25, 1950, and they moved to North Seattle shortly thereafter.

She was a homemaker during her children’s younger years before rejoining the work force.  Randy started at Skyway Luggage as an assembler then became an electronics inspector for Sundstrand Corporation.  Sundstrand later became Allied Signal before she retired 25 years later.

In her spare time, she enjoyed walking, baking, sewing, crafting, knitting, and spending time with family.  Her great-grandchildren lovingly called her “GG”.

Randy is survived by her sons, Duane Straub and Theodore Straub, daughter Margaret Raper, 6 grandchildren, and 9 great-grandchildren.  Randy was preceded in death by her husband, Leonard Straub and daughter, Carol Straub; her parents and several of her brothers and sisters.

We love you and you are forever in our hearts.  In lieu of flowers, the family suggests remembrances to your favorite charity.  Arrangements by Beck’s Funeral Home, Edmonds, WA.

Share Your Memory of
Euna
Upload Your Memory View All Memories
Be the first to upload a memory!
Share A Memory