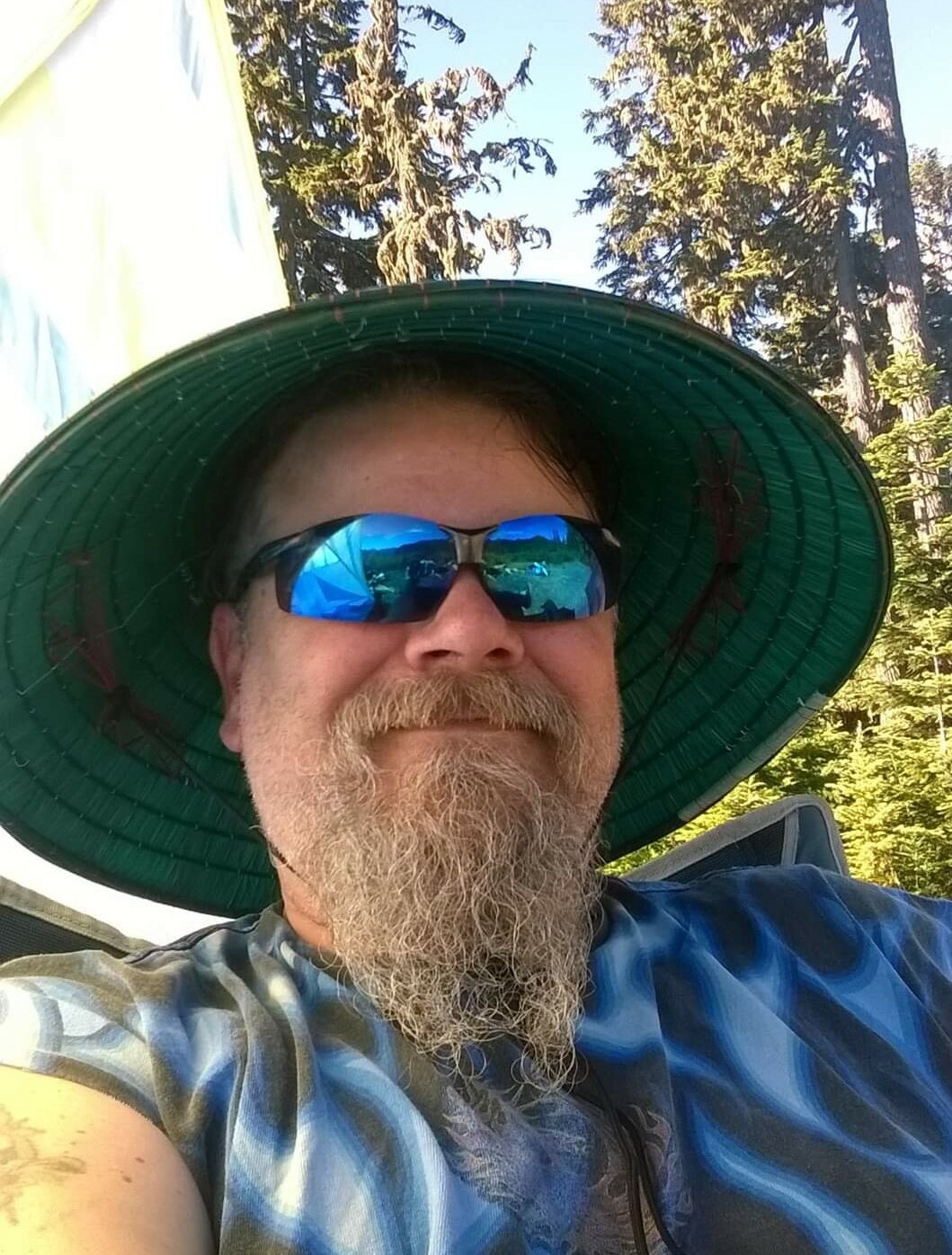 Oz was born in Bonham, TX on December 18, 1967. He spent much of his younger years in north Texas and Oklahoma before moving with his family to Germany for six years where his father was stationed. After graduating, Oz spent the next several years wandering the USA while occasionally touching base back home. He worked a variety of jobs in his travels, everything from a traveling carnival to at-sea processing in Alaska. By 1994, having been to every state except Maine and Hawaii, he settled in the Seattle area and decided to call the Pacific NW his home, mainly due to how much it reminded him of the places he had lived in Germany.

In 1997 he met his wife, Maria, through mutual friends. The two hit it off almost immediately and were wed later that year. The couple enjoyed many adventures over the following years, even marking Hawaii off his “bucket list”, before their daughter was born in 2005. Always an artist, tinkerer, and creative craftsman, Oz was a hands-on dad who loved doing projects of all sorts, from drawing, painting faces, carving pumpkins, building birthday piñatas. His favorite pursuit was creating elaborate costumes for them both to wear to Comic Con, each year designing and creating a minimum of 2-3 complete characters for them both.

Oz was a warm and generous friend, willing to do anything he was asked. Known lovingly as a “MacGyver”, he was the first to jump in and fix things on the fly whenever necessary. He enjoyed supporting his friends in the local music scene, running light boards and building props for shows and other events.

It was with great pride in the fall of 2018 that Oz had the opportunity to cross Maine off the “bucket list” while attending his nephews college football game, even if it was during a nor’easter.

Oz was diagnosed with pancreatic cancer in August of 2020. Though he was unable to continue with many of his beloved interests, he remained close to family and friends with almost daily chats and phone calls. Above all, he enjoyed spending time with Maria and Raeden, a talented artist as well whom he treasured.

A Memorial Service will be held at Becks Tribute Center in Edmonds, WA on January 12th at 12 pm. Followed by a reception hosted by Mike and Lee Roberts at their home in Lynnwood, WA. Donations in lieu of flowers can be sent to Pancreatic Cancer Action Network at www.pancan.org.

Share Your Memory of
Greg
Upload Your Memory View All Memories
Be the first to upload a memory!
Share A Memory