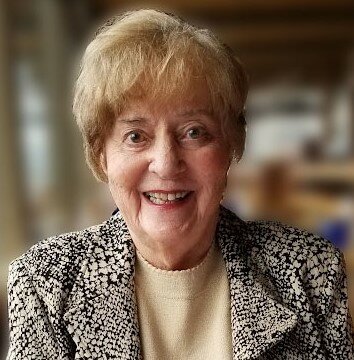 Eileen and Robert Trenton Fortin, married in Seattle, Washington in 1945, and bought their first home in Edmonds, WA in 1956 where they raised their two daughters, Pamela (Fortin) Johnson, Portland, Oregon, and Denise (Fortin) Kennedy, Sacramento, California, and where Eileen continued to live until her death. In 1980 Eileen married Albert G. Johnston (deceased 2000).

Eileen was recognized for her leadership as President and Vice President of the Edmonds Floretum Garden Club between 1999-2003. Additionally, she was acknowledged for her presentation to the Edmonds Chamber of Commerce in 1992 about the history of the Edmonds Floretum Garden Club whose objective has always been to beautify the city of Edmonds through flowers, painting, and horticulture. She was also active in the Mill Creek Garden Club. She loved her home, garden, and travel. Eileen traveled four of the seven continents of the world. She journeyed in her RV across 50 percent of the United States and Canada and enjoyed traveling to Mexico.

Those who wish to remember Eileen may make contributions to the Edmonds Floretum Garden Club.

No services will be held at the request of Eileen Johnston.  Burial: Edmonds Memorial Cemetery

Share Your Memory of
Eileen
Upload Your Memory View All Memories
Be the first to upload a memory!
Share A Memory