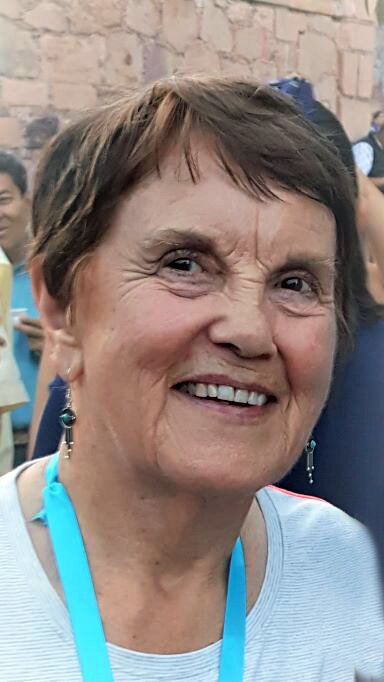 Anna was born January 9 1933 in Signyjarstodum, Halsahr, Borg Iceland. She was born in a traditional Icelandic sod house on the family farm near Reykholt. When she was a child the family moved to Akureyri in the north of Iceland where her parents build a house near downtown Akureyri. There, she was raised there with her two younger brothers and sister, Stephan, Snorri, and Astridur. Later Stephan and Astridur would move to the Seattle area.

After graduating from school she left Iceland to continue her education abroad which was typical of the time. She attended nursing school at Winnipeg General Hospital and graduated very proudly in 1957.

After graduation she moved to Seattle WA with her mother and worked as a hospital nurse.

In 1959 Anna was married to Bennett Box, for their honeymoon they bought a scooter in Italy and rode it throughout Europe.

They settled in Edmonds WA and began to raise a family, two sons and a daughter. Anna would reside there for more than 60 years.

Anna was an avid reader, hiker, writer, traveler and adventurer. She had a curiosity that never left her. If you were going to ask her if she wanted to do something you had better expect a hearty “yes, why not”!

She traveled throughout the world, near and far, from many trail heads in the Pacific Northwest to Antarctica and Greenland, from Australia to Kazakhstan with 17 trips to the Himalayas where she trekked extensively. Often on her travels she would bring supplies and practice her nursing where she could, helping others.

In 2014 at the age of 81 she recreated a trip her mother and a friend had done in 1923 and spent 31 days riding horseback throughout Iceland as a tribute to her mother. Afterwards she wrote a book about it.

The last year of her life she volunteered at the local parks helping remove invasive species, something she found very rewarding along with the comradery she had with her fellow volunteers.

After one last trip to Iceland that was filled with the joy of riding horses, taking walks and visiting with the family and friends she loved so much she returned to Edmonds and passed away.

Anna was one of a kind and will not be forgotten.

Anna’s family and friends are welcome to attend.

Share Your Memory of
Anna
Upload Your Memory View All Memories
Be the first to upload a memory!
Share A Memory