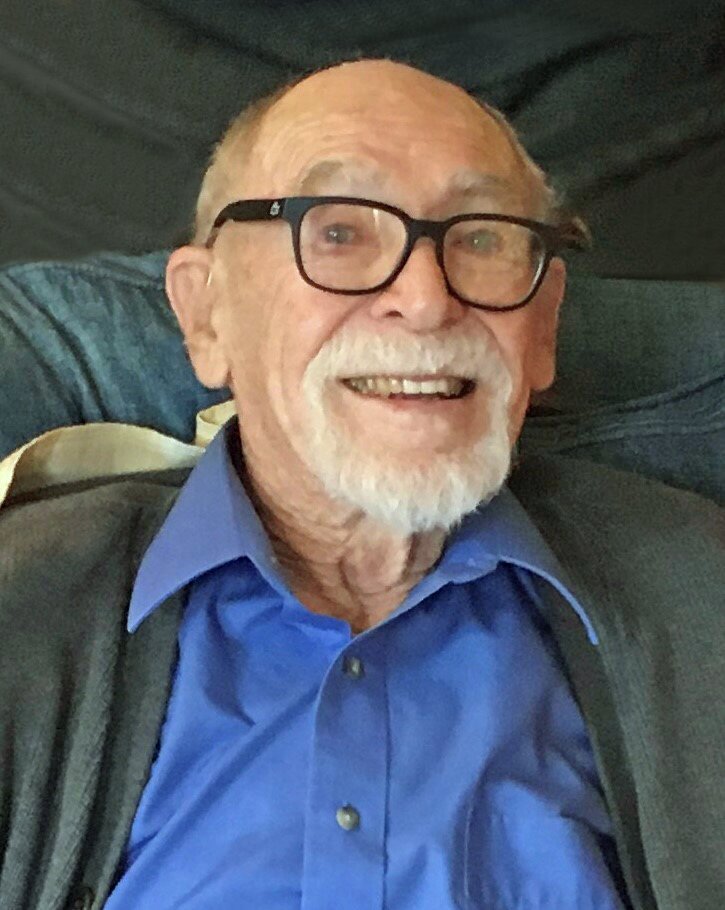 Eugene Floyd Edwards was born November 2, 1928 in San Jose, CA to Saima and Charles Edwards.  The family moved back to the Aberdeen area when Gene was young.  His parents divorced when he was five and his father moved to California. Gene grew up surrounded by his mother’s family of Finnish immigrants.   As an only child he was very close to his mother.  Gene loved and excelled at sports.  He lettered in Football and Track at Aberdeen High School and received a football scholarship to Central Washington College.  A broken leg his freshman year ended his football career.

Gene served in the Air Force during the Korean War.  After his discharge he returned to school at Western Washington College where he met the love of his life Marian Rockwell.  They were married in 1953 and he graduated with a teaching degree the following year.  They had three children Paula, Gil and Gina.  After college he taught in the Edmonds school district. Most of his career he taught Physical Education and coached football and track at Edmonds Junior High.  Gene retired at age 55.  After retirement he and Marian traveled and were members of the Roche Harbor Yacht Club.  They enjoyed boating with friends, fishing, clamming and crabbing.  Gene and Marian celebrated their 69th wedding anniversary on August 29th.

Share Your Memory of
Eugene
Upload Your Memory View All Memories
Be the first to upload a memory!
Share A Memory