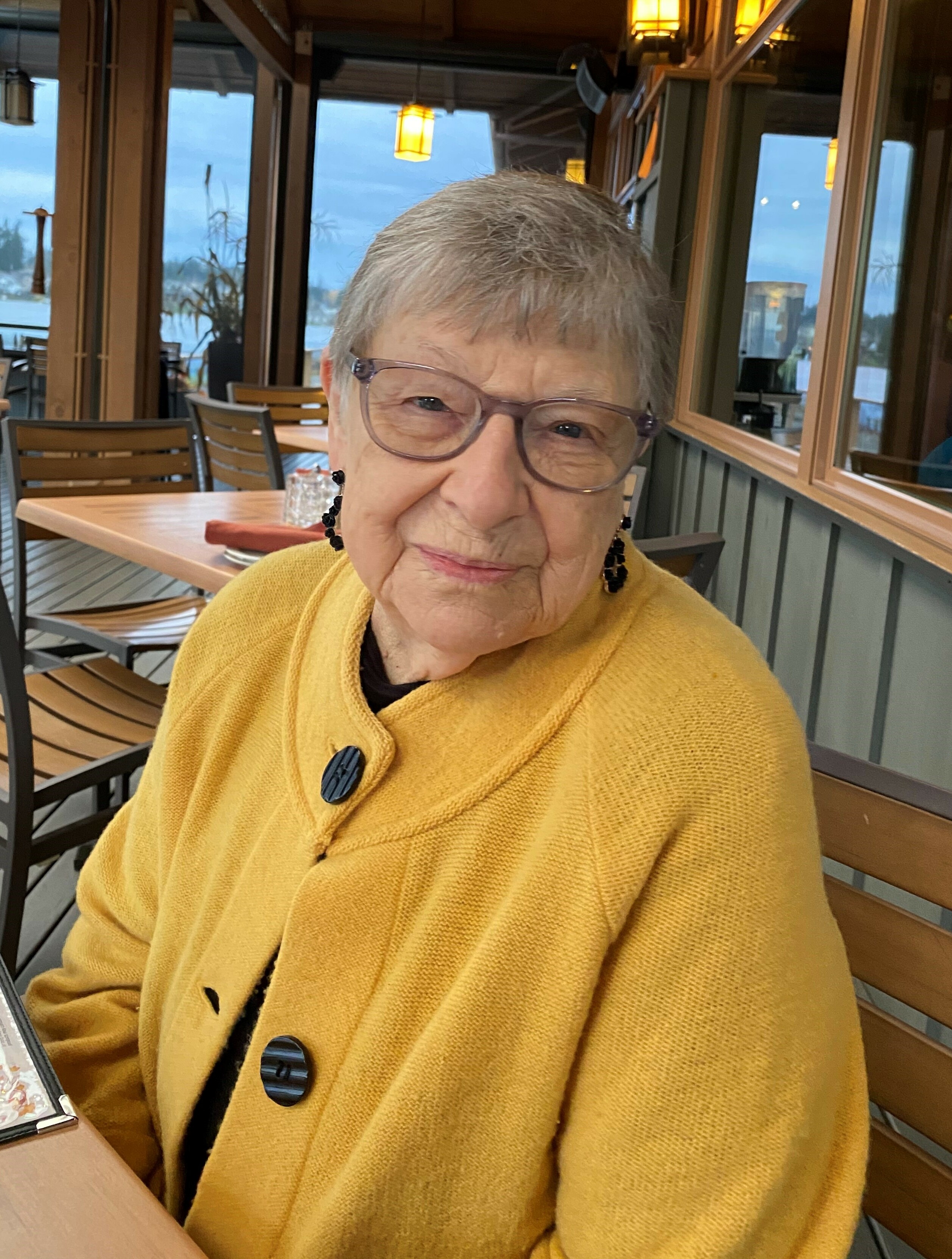 June Elsie Sutton passed away in Marysville, Washington on November 18, 2022, at the age of 93.  June was born on December 1, 1928, in Pasadena, California to Solomon and Lillian (Schmidt) Rexius. At a very young age she moved with her parents to Eugene, Oregon area where her two brothers were born, Raymond Rexius and Marvin Rexius.  In her teen years she helped her father when he started a new business in the forest by-products industry called Rexius Fuel service.  It’s still a viable family business today in Eugene known as Rexius Forest By-Products, Inc., and June remained a major shareholder until her passing.

June lived in Eugene when she graduated from Eugene High School in 1946 and continued her education at Open Bible Standard College, graduating Summa Cum Laude.  She married her childhood friend, and teenage sweetheart, David Marion Sutton, on September 1, 1948.  Her husband was also a graduate of Open Bible Standard College, and together they set out as ministers of the gospel of Christ.  They first pastored in Chiloquin, Oregon on the Klamath Indian Reservation.  They then started their family with two daughters Karen and Lynda, and after six years moved to Hardin, Montana for their next pastorate where their three sons, Kenneth, Daniel and Dale were born.  David and June took on two more ministries in Pella, Iowa then Edmonds, Washington, where they retired from formal church ministry in 1979.  At the age of 62, June and her husband, age 65, went back to school to get their real estate license and sold real estate together for many years.  In 1990 June helped start their own Sutton Real Estate business in a new log home office built on 164th & Cascadian Way in Bothell, Washington, and finally retired at age 80.

Throughout June’s life as a minister and pastor’s supporting wife, she taught children and teens, led women’s study groups, directed youth choirs and adult choirs, directed church orchestras, taught Sunday school classes, organized and directed youth camps, and took care of five children at the same time.  She played the cello, viola and violin, and her love for music and young people was the center of her ministry.  Above all, she loved and served her Lord and Savior, Jesus Christ in all she did.  Her character was a reflection of her undying faith.

June is survived by her daughter Karen Jeffries of Marysville, WA, and sons, Kenneth (Cherese) Sutton of Arlington, WA, Daniel (Nancy) Sutton of Eugene, OR, Dale (Rene) Sutton of Edmonds, WA, and her brother Raymond (Arlene) Rexius of Eugene, OR.  She is also survived by 11 grandchildren and 19 great grandchildren.  June was preceded in death by her Husband David Sutton (age 91) in 2017, her daughter Lynda Van Wyk (age 25) in 1977, and her brother Marvin Rexius (age 72) in 2009.

A memorial will be held on Saturday, December 10th at 2:00 pm at Beck’s Funeral Home Chapel in Edmonds, Washington.  Friends and family are welcome.

Share Your Memory of
June
Upload Your Memory View All Memories
Be the first to upload a memory!
Share A Memory