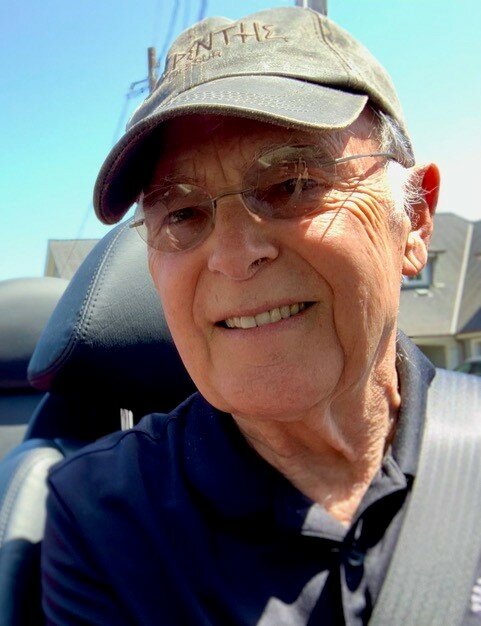 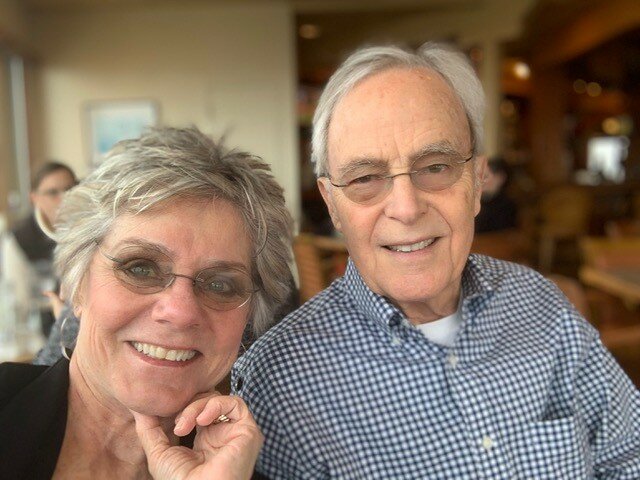 This is a very personal story. Anyone who knew Bill Bonnell knows that the story of his life is not only personal but also filled with love. That’s who he was, Love. There is so much to say about this extraordinary man who walked softly on this earth for his 81 years and whose spirit will forever make us and this world a better place.

Bill died at home, as he wanted, late in the evening on December 12th. He died only 18 days after his final diagnosis of aggressive cancer for which there was no treatment. Callie, his daughter, and I were with him and he knew we were there. He slipped away just as he lived, quietly with grace and dignity, without commotion or drama, leaving softly, trying as he always did to make a small footprint on this earth and a tiny splash in the waves of the universe as he left.

The words everyone uses to describe Bill are the big ones: loving, gentle, kind, soft-spoken, generous, sweet, intelligent, quiet, peaceful, smart, loyal, a tender soul. His curiosity, humility, sense of adventure and caring for others were immeasurable.

Bill loved everything, absolutely everything (with the exception of some politicians). He loved food and wine, and he loved love. He loved life, and living and adventures and people and animals, all living beings no matter how small. He would often report how many worms he rescued from the sun or rain when he came back from a run.

Bill and I were crazy about each other. We knew each other for 50 years beginning when he was 31 and I was 24 working for the City of Norman, Oklahoma. We were just good friends for 30 of those years. Then in 2002, he chose me, and loved me with a tenderness and sweet passion I could never have imagined in my wildest dreams. He loved me as his wife for twenty glorious years with never-ending patience and quiet steady caring. "Forever and always" as Bill liked to say. How I adored him.

Left to miss his wonderful spirit and the hole he has left in their hearts are his family and hundreds of friends: Me - Susan his wife; daughter Callie; grandson Giovanni; sister Patty and Kent; niece Caroline; nephew Christopher and Reistle, nephew Robb; sister- in-law Ella; brother Morgan; loving first wife Cathy; and the cats he loved and who loved and miss him so much: Babycakes, Jellybean, Pumpy and Nunu.

He leaves many beloved friends: Christine, Tom and Karen, Don and Saundra, Ed and Heike, Dwight and Amelia, Linda, Shelia and Gregg, Rich, Dan and Andi, Bob, Malcolm, Wayne and Kris, Brenda and Leon, Jim, Ben and Joanne, Carmen, Jamie and Kayla, Jerry and Cathy, Terry, Doug, Rick and Linda, Renee, John, Dorcas, Herman and Carol, Everett, David and Mary, Don and Judy, Ann and Cress, Nancy, Hans and Emily, Dave and Blaire, Ryan and Shawna, Mark, Harold, David, Allison, Gary, Mike and Emily, Mary, Ann and Jude, Anna and Rosie, Michael, Helen and Wendy, Karen, Fred, Laura, Faith and Eric, Christine and Craig, Kathy, and his Kosrae family. My apologies to those I have overlooked. His list of friends was endless. He loved you all so much.

Bill was born July 6, 1941 in Oklahoma City to Henry Stambaugh Bonnell and Caroline McEldowney Bonnell. He went to Nichols Hills Elementary, Casady, Harding High and graduated from LaJolla High in 1959. He played football and ran, and was especially fast in the mile. He was an extraordinary runner then and throughout his life. His friends called him Seabiscuit. He ran and completed several marathons and many half marathons and placed in his age group in the Capitola Half Marathon three times in his late 70s.

He applied and attended Dartmouth College from 1959-1963 and graduated with a major in Art History. He was on the Dartmouth football and swim teams. He was an accomplished artist and loved the Impressionists and Fauvists, and Matisse, Monet and Derraine. Bill was an SAE, Sigma Alpha Epsilon at Dartmouth.

The summer of 1963 he was lifeguarding at the Oklahoma City Golf and Country Club when a friend asked if Bill wanted to take the LSAT with him the next day. On a whim, Bill went with the friend to the LSAT and often repeated the story of trying to take the LSAT with thousands of crazed OU football fans outside the building for a home game.

He applied and attended the University of Oklahoma law school and graduated in 1966 with a JD in law. Bill had a long and successful career as an attorney, briefly working for the City Attorney’s office in Oklahoma City, a law firm Watts, Louney, Nichols and Johnson, and then the Oklahoma Attorney General’s office. He spent several years as the City Attorney in Norman, Oklahoma before moving to California in 1973.

In California, he met and married Cathy Bonnell and they traveled parts of the world together. Bill and Cathy moved to San Anselmo, California, where their daughter Caledonia Ross Bonnell, was born. Cathy and Bill later divorced but always remained friends.

Bill began work in the City Attorney's Office in Richmond, California, in 1974 and rose to the position of Senior Assistant City Attorney. He worked closely with the Port Authority and the Redevelopment Agency during the refurbishing of the World War II shipyards and the Marina Bay development.

Bill, Cathy and Callie moved to Kosrae in Micronesia for a year in 1989 when Bill was granted a one-year sabbatical leave from the City of Richmond to help create rules and procedures for the Federated Supreme Court of Micronesia. Bill retired from the City in 2002, then made his solo trip around the world and started painting.

In 2003 Bill moved to Shoreline, Washington to be with me. We married October 10, 2003 in front of our fireplace in our new home and, as they say, lived happily ever after.

Instead of a memorial or funeral service, Bill wanted us to have a “get together” at our home later in the warm months of summer, and that’s what we’ll do. Most likely it will be in late July when the weather is just as Bill would want it.

Bill asked so little of others, all the while giving everything he had. Without his sweet spirit this world is less bright.  I love you Billy, forever and always. Pea.

If you would like to make a contribution to the sarveywildlife.org in Bill’s name, he would love that.

You can reach me at susanbonnell@olympus.net XOXOXOXO