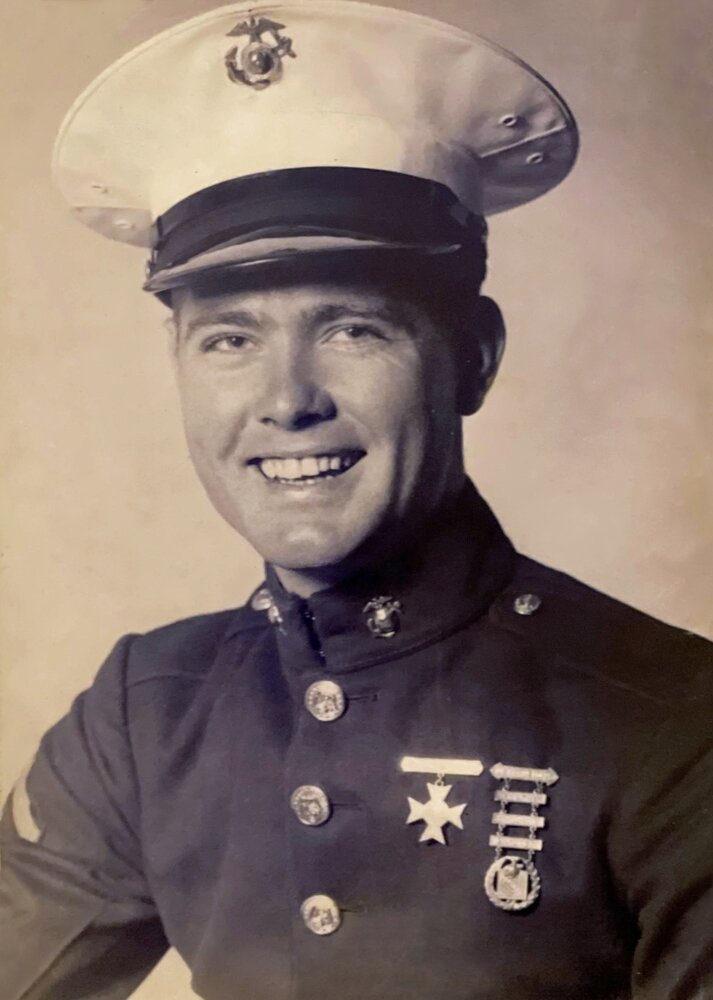 Roy passed away peacefully on November 2, 2022, surrounded by his wife and daughters.

Roy was born in 1921 in Groesbeck, Texas, growing up with nine siblings on a cotton farm before the family moved to Tulsa, Oklahoma.

In 1942, two months after the attack on Pearl Harbor, Roy enlisted in the US Marine Corps. He served during World War II as First Sergeant aboard the USS Idaho battleship. As a sharpshooter, “I had a front row seat for all of World War II,” Roy shared. Stationed in the Pacific Theatre while patrolling the shore for insurgents, he witnessed the flag at Iwo Jima go up in victory.

Roy met his wife, Maizie Mae Fisher, while on leave in Seattle when his battleship was in port. He would recall, "she had the best looking legs on the dance floor." They exchanged letters for three years before marrying in August 1945. In 1956 Roy built the Mercer Island home that he and Maizie shared for 57 years.

He enjoyed a long and rewarding career in construction with Hebb and Narodick (which later became Quadrant Homes), retiring as Senior Vice President.

Coach Mays always looked forward to football season, cheering on and critiquing every Husky and Seahawks game. He was an avid hunter (president of the Washington Game Bird Club), boater (enjoying summers at the cabin he built in Harrington Lagoon on Whidbey Island), golfer (spending winters at their home in Yuma, AZ), and world traveler (including Europe, Asia, the Pacific Islands, Australia, New Zealand, and many more); but the greatest joy of his life was family.

A Memorial service will be held at 2pm on Sunday, November 20th at the Newport Yacht Club in Bellevue, WA.

Share Your Memory of
Roy
Upload Your Memory View All Memories
Be the first to upload a memory!
Share A Memory